Wisconsin audits reporting units, which can be a ward, a combination of wards or other districts by which votes are tallied. See VSAR, page 1, Definitions". "The Election Commission staff will randomly select one hundred (100) reporting units across Wisconsin which will be subject to municipal audit, including a minimum of five (5) reporting units for each voting system used in Wisconsin." 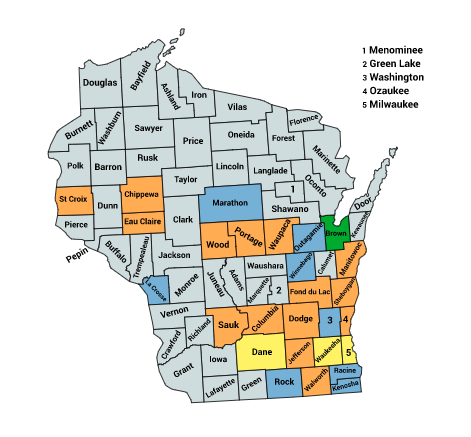